“Solutions to some problems require the efforts of more than one person. Some problems are simply too big to be fully understood by any individual working alone. Project Horseshoe provides a unique think-tank atmosphere that nurtures deep discussions and collaborative problem solving efforts. Since 2006, Project Horseshoe has formed a strong and supportive community of brilliant and talented games industry professionals who are deeply interested in exploring and pushing the frontiers of game design.” 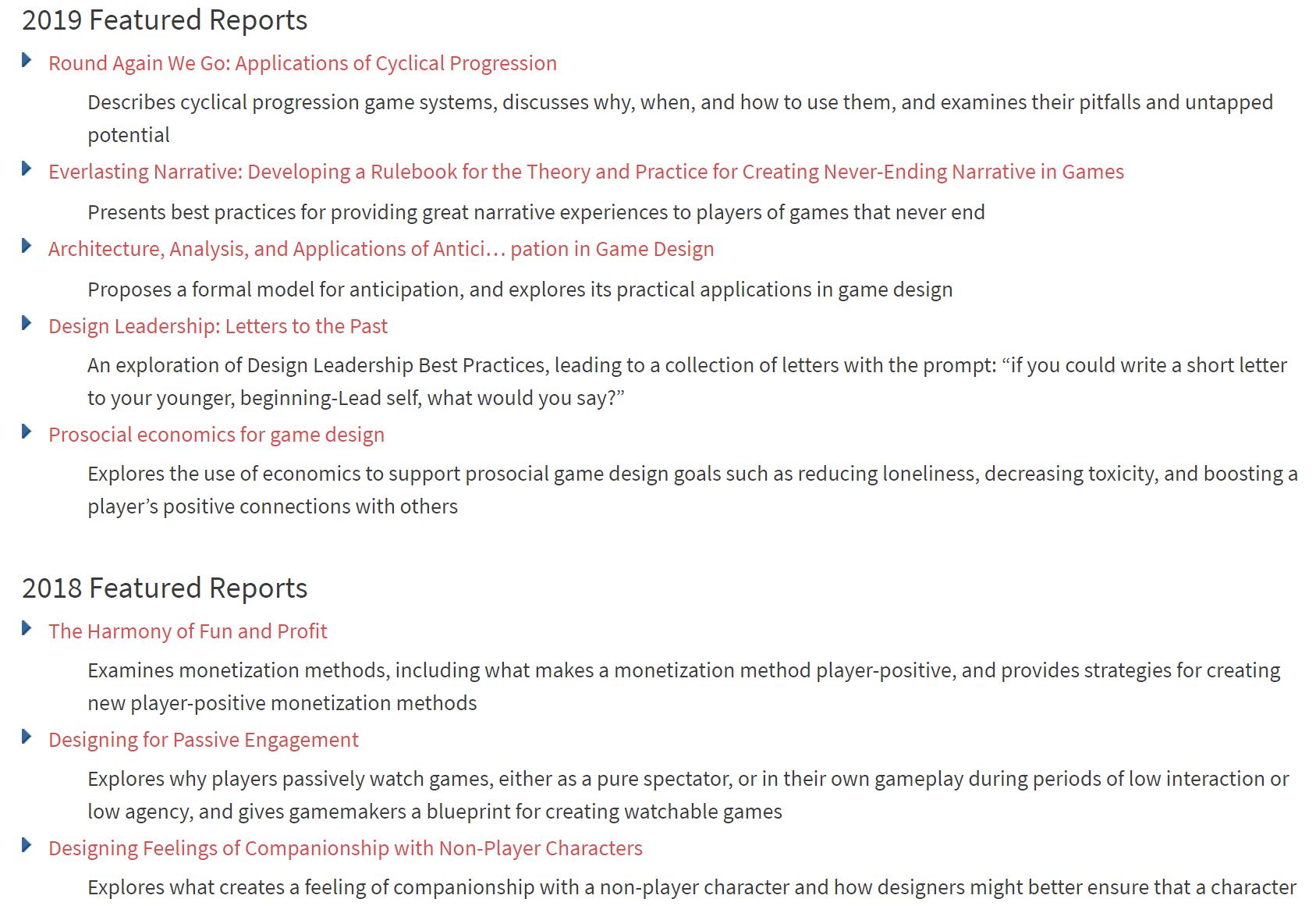 livro: “On Wargaming: How Wargames Have Shaped History and How They May Shape The Future” de Matthew B Caffrey Jr.’s
+infos(goodreads): LINK

livro: Playing at the World by Jon Peterson
+infos(amazon): LINK

livro: The Kobold’s Guide to (Board) Game Design
+infos(amazon): LINK

My virtual employment history lacks, some might say, a certain focus. In the 1983 arcade game Tapper, I spent a summer as a bartender, sliding jugs of Budweiser with showboating precision along polished tables, to the delight of patrons. Paperboy, from 1985, had me bicycling up and down a suburban street, hurling newspapers into the mailboxes of subscribers, and taking the odd moment to vandalize the home of any non-subscriber. (The print industry’s decline commenced, I maintain, with my retirement from that gig.) SimCity, from 1989, landed me a role as a municipal planner, arranging the layouts of streets, placing electrical lines and sewage plants, and rolling with the odd natural disaster. Crazy Taxi (1999) put me behind the wheel of a low-slung cab, streaking through major cities to deliver passengers to their implausibly urgent appointments at Pizza Hut or Tower Records. There’s more. Shenmue (2000): forklift driver. Diner Dash (2004): server. Cooking Mama (2006): chef. Air Traffic Chaos (2008): air-traffic controller. Where some might see a drifter, I see only an enviable talent for adaptation.

Video games usually offer the chance to escape the mundane texture and circumstances of everyday life, by pushing us into situations and roles that are too dangerous, expensive, or rarefied for reality. We become the marine, the race-car driver, the fighter pilot, the international soccer star. But many games mimic the rhythm and monotony of more familiar jobs, allowing us to rehearse or reënact a working day once we’ve clocked out. In most cases, the designer zeroes in on the most interesting challenge or nuance of a profession, and turns it into a game. But in some titles the re-creation is more thorough.

In Sunset, a recently released game by the Belgian husband-and-wife team Tale of Tales, you play as a housekeeper, employed to clean your wealthy employer’s luxurious nineteen-seventies penthouse apartment for an hour each day. He leaves a to-do list for you each morning: “hang pictures,” “water plants,” “clean ashtrays,” and more. The game’s designers use this structure to meaningful effect: the hour becomes a lens through which you explore and understand a political revolution that’s taking place outside the apartment. But the labor of the gameplay is not metaphorical. You come to carry out your duties with a sense of pride and diligence; the routine becomes ritual.

The relationship between work and play is inherently entwined—there would, after all, be no PlayStation without the workstation. The link is clearest, perhaps, in a genre of simulation games that has enjoyed a surge in popularity in recent years. Car Mechanic Simulator, an unironic video-game approximation of the trade, became a best-seller in its first week of release, in late April. It’s just the latest simulation game that seeks to replicate working-class professions; the list includes Farming Simulator (gather crops), Oil Platform Simulator (drill for fossil fuels), Stone Quarry Simulator (collect rocks), Street Cleaning Simulator (collect litter), Euro Truck Simulator (deliver goods), and Tokyo Bus Guide (deliver passengers).

In a few cases, such simulations are authentic enough to be considered legitimate training for the profession itself. Time spent using military-grade flight simulators, for example, can count toward a pilot’s official flight-time record. Last year, a number of players of the Football Manager series of games submitted résumés for the job of managing Manchester United, in the U.K., citing their in-game achievements as qualifications. And each year the Japanese car manufacturer Nissan runs a competition using the driving-simulation game Gran Turismo, to find new racing talent. Lucas Ordoñez, the winner of the inaugural competition, in 2008, has become one of the company’s leading competitors on the professional track.

But this does not explain the success of games that simulate toil that has no relation to our professional interests. In Farming Simulator 2015, which was released for consoles in May, you simply cultivate crops on three plots of land, plowing, sowing, fertilizing, and harvesting your way toward a profitable agricultural business. In time, you can buy livestock and even hire automated workers to guide your tractors and combine harvesters, to save you the hassle of toil. Unlike in Sunset, there is no larger story: the work, however tiresome-seeming, is meant to entertain and challenge on its own.

In his paper “Working for the Man: Against the Employment Paradigm in Videogames,” the critic Steven Poole argues that in fact most video games imitate a wage-slave paradigm. “They hire us for imaginary, meaningless jobs that replicate the structures of real-world employment,” Poole writes. He argues that this pattern represents a “surprisingly literal fulfilment” of Theodor Adorno and Max Horkheimer’s argument, made more than sixty years ago, that amusement in advanced capitalism is the extension of work. In America, players often speak of “beating” a game, that moment when they complete its primary demands. But in the majority of cases, Poole points out, they simply do what the game asks of them, like a diligent employee. Which is to say, games like Farming Simulator are, in a sense, labor, even though they are universally labelled as leisure. We work our way toward a reward or resolution. (This realization is mirrored in the recent rise of the “gamification guru,” who seeks to make jobs more appealing by adding a patina of play.)

Why, then, do we return to these demanding virtual worlds? Maybe because, in their fairness and consistency, games appreciate our hard work: toil diligently, and you will be rewarded and promoted. Life isn’t always so just. There is also the appeal of variety. To age is to see your choices narrow. We specialize young, by choosing our educational paths at school, then dive ever deeper into those specialties. But in a video game, one day you’re a carpenter (Minecraft), the next you’re a god (Populous). Or, perhaps, the true appeal of the virtual job is simply that we are free to clock out when we choose, or to quit entirely without penalty. In this way, we become the master of that to which, outside of the game, we are bound.”

A ler:
U.S. Department of Education: The future of education includes video games in classrooms – LINK