“A hugely successful videogame magazine from the 1980s is set to make a comeback later this year after fans of the original publication flocked to crowdfund a new edition.
Crash, which was dedicated to covering games made for the ZX Spectrum home computer, will be launched as a hardback annual in time for Christmas – 25 years after its last issue was published.
It comes as a hugely successful Kickstarter campaign to seal its return crashed past its target of £12,000. The crowdfunding attempt has attracted more than 1,000 backers so far and it is set to end on 20 August.
Crash originally launched in 1983 as a mail order software catalogue but it branched out and became a newsstand magazine in February 1984.
The publication became popular for its lively mix of news and reviews, most of which were written by school children in Ludlow, Shropshire where its publisher, Newsfield, was based. Readers would also enjoy the occasional cover-mounted cassette jam-packed with games.
Edited by Roger Kean, it carried striking cover illustrations by Swiss-born artist Oliver Frey and at its height, it was selling as many as 101,483 copies.
But although it printed its last issue – number 98 – in April 1992, it has never been forgotten by gamers of that era.
Kean and Frey have returned to helm the 99th issue along with adventure game specialist Stuart William and journalist Nick Roberts who used to compile the magazine’s tips page.
“Response to the Kickstarter campaign has been amazing, and if reaction to the final product matches the enthusiasm, we’ll all have to take time out to think whether it’s been the start of an extended comeback,” Kean told the gaming website Eurogamer.
It is not the first time a videogame magazine of old has been dusted down and revived. Commodore fans created a special issue 107 of Zzap!64 magazine in 2002 which was followed up by The Def Tribute to Zzap64! in 2005, copies of which were given away with the specialist gaming magazine Retro Gamer.
In 2008, a tribute to Amstrad Action magazine was also created. Covering Lord Alan Sugar’s series of 8-bit CPC computers, it gave closure to a long-lived publication which began in October 1985 but ended with issue 117 in June 1995.
The publication of a new Crash magazine (which comes with a badge and potentially a calendar of Frey’s artwork) coincides with huge interest in all-things Spectrum. A newly created 8-bit computer called the ZX Spectrum Next is due to be released early next year, boasting enhanced video modes, extra memory and a faster processor.
Capable of playing games developed for the original computer, it will come bundled with Wonderland Dizzy, a game reviving an egg-based character called Dizzy which sold in large numbers during the late 1980s and early 1990s.
It also follows the launch of the keyboardless Sinclair ZX Spectrum Vega, which raised £155,677 on Indiegogo, and the Recreated Sinclair ZX Spectrum – essentially a Bluetooth keyboard of the machine British entrepreneur Sir Clive Sinclair launched in 1982 – which attracted £63,194.” 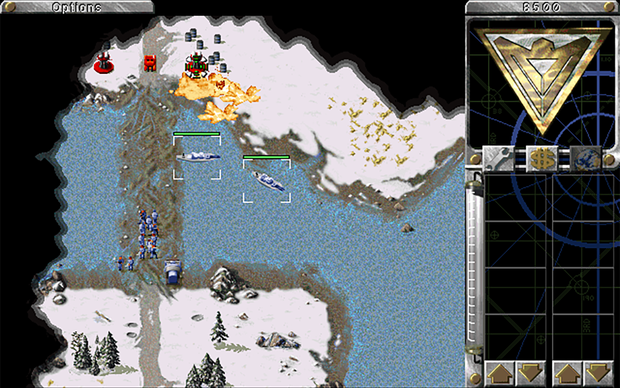